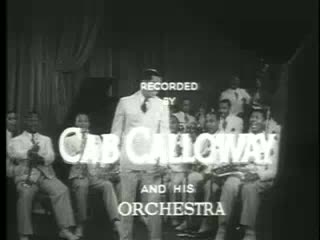 Betty Boop: The Old Man Of The Mountain

In time, Betty Boop emerges from a guest house in order to find out what is going on. She confronts a passing owl, who in song describes the Old Man of the Mountain, a predatory hermit who threatens the livelihood of the villagers, particularly the women. Despite the owl's warnings, Betty is curious and declares, "I'm going up to see that old man of the mountain", and starts a trek up the mountainside. She passes several people fleeing from the Old Man, including a woman pushing a carriage with her triplets—who look suspiciously like the Old Man of the Mountain. When Betty gets to the top of the mountain, the Old Man of the Mountain emerges from behind a rock. Over twice as tall as Betty, the Old Man backs the girl into his cave and, as Betty fights off his advances, begins to sing with her a duet of "You Gotta Ho-De-Ho (To Get Along with Me)" (Robinson-Hill (Brown)). Betty loosens up and joins in, and the two begin to flirt with each other. After his first verse, the Old Man looms menacingly over Betty. The Old Man and Betty continue to dance together, but when the song is over, the Old Man makes a lustful grab for Betty, who runs for her life back down the mountainside. The Old Man makes chase, and grabs Betty just long enough to catch hold of her dress, which Betty jumps out of. As Betty finds refuge behind a large tree in her underwear, her dress comes to life and slaps the Old Man before running back to its owner. Betty climbs the tree to apparent safety, but as the Old Man comes over and attempts to coax her down with "The Scat Song" (Calloway-Perkins-Parish), he picks the tree up and bounces it on the ground, causing Betty to slide down.
Before he can have his way with her, however, the animals from the village rally to Betty's aid and surround the Old Man, tying his arms and legs together by a tree. They then proceed to beat him up, tickle and humiliate him, thus exacting revenge for all the times he had made their lives a misery, with Betty watching with glee. Published 1933

Surprise Commercial: Behind the Scenes

Morgan Freeman The Power of Words

Sony Video: The Last of Us